A brief look at the Morserino32

I saw this intriguing new kit mentioned by someone on Twitter, and decided to take a closer look.
So a quick email to Wili OE1WKL in Austria, and one affordable PayPal payment later, I was waiting and within a week a small package arrived.
The kit comes as a couple of boards with SMD components pre-populated, all I had to do was solder on the speaker, connectors, and controls. A small LiPo battery was sourced from a toy helicopter I no longer used; the total assembly took less than an hour from start to finish, following the excellent build instructions downloaded from the internet.
So, what does it do then? Well, first off you get a 5 to 50wpm keyer that connects to a radio. The morserino also has audio in and can act as a decoder; audio out so it can be used on iCW or similar internet based morse chat systems. A separate headphones socket so it can be used for quiet practice. You can use your own single or dual-lever paddles, or use the supplied capacitive touch paddles (which I find I quite like, having made a couple of QSOs on air using them).
But the fun doesn’t stop there; also built in are some learning modes too, such as a Koch trainer, random groups, Q codes, common words, and a fun ‘echo’ game where the keyed sends you something and you have to send it back (this can also have a RUFZ-like setting where it gets faster or slower depending on your errors).
Oh and a couple more surprises; it has built-in wifi and you can update the firmware or upload your own text files to it using nothing more than a simple web browser – no more ‘windows only’ or hunting for obscure drivers nonsense, this is pure cross-platform genius.
And the final surprise – if you’re with (or near) someone else who has one of these, you can have an over-the-air QSO with them. Wait, what? Yes – there’s even a built-in transceiver which uses LoRa (long range WiFi in the ISM band). I’ve put a few CQ’s out, but no replies yet…

In summary, a great kit to build and use, and support is excellent with an online user group. It’s well worth a look; check out Willi’s page at http://www.morserino.info/morserino-32.html 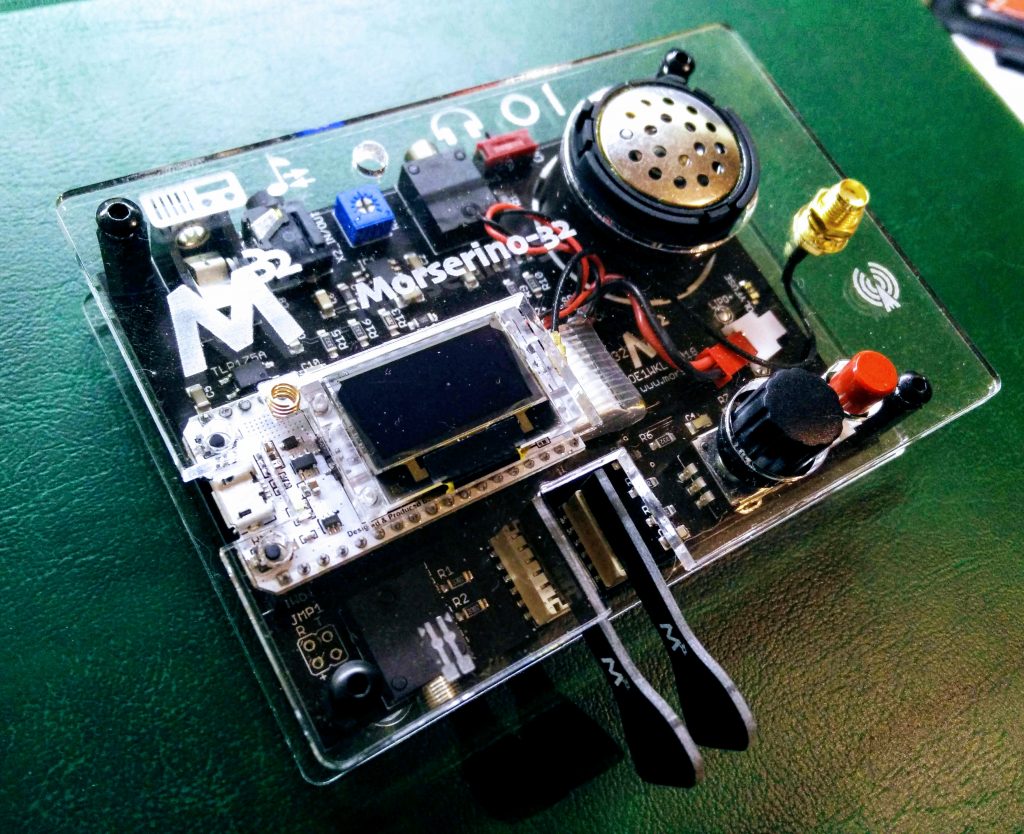